Orestes Pursued by the Furies 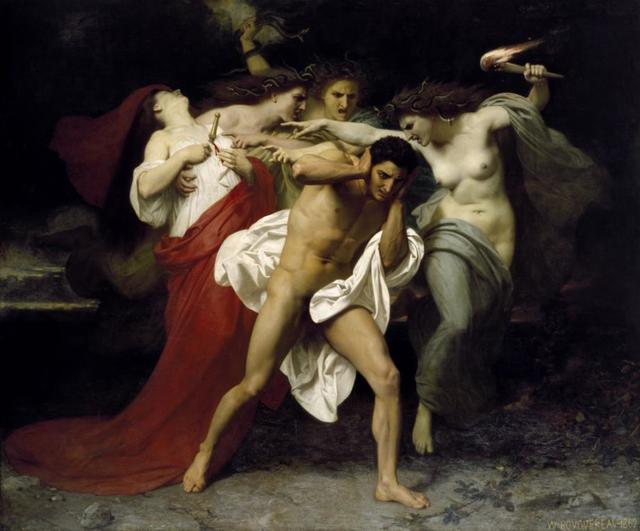 This is an oil painting by William-Adolphe Bouguereau in 1862. This original piece is currently displayed in the Chrysler Museum of Art and an image of it is displayed on their website https://chrysler.emuseum.com/objects/27206/orestes-pursued-by-the-furies.

In this scene from an ancient Greek tragedy, Orestes avenges his father by murdering his own mother. Even before her body hits the ground, the mythological spirits of vengeance known as the Furies have overwhelmed the guilty son. By pitting Orestes’ nude body against the hideous trio swarming around him, William Bouguereau set the bar for late 19th-century academic painters. His use of classical figures to animate strikingly dramatic scenes won him both commercial success and critical recognition as the grand master of the French art establishment.