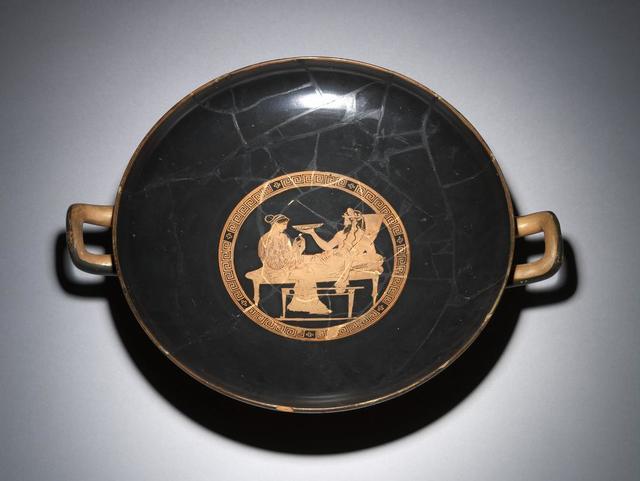 Found and excavated in Vulci (province of Viterbo, Italy), this Kylix (wine drinking cup) is an example of red figure pottery from the Classical Period. The center bowl features Hades and Persephone banqueting, a reference to the object's own function. A Greek meander pattern surrounds the couple with Hades reclining on a couch and persephone at his feet. Hades holds a phiale (shallow drinking vessel) and Persephone cups an unseeable object. Hades is dresses in a himation (draped garment) and sports a laurel wreath around his curls. Notably, the exterior of the Kylix features the Gods and Goddesses of Olympus banqueting.