Abduction of Helen of Troy by Paris - Eugene Francis Savage 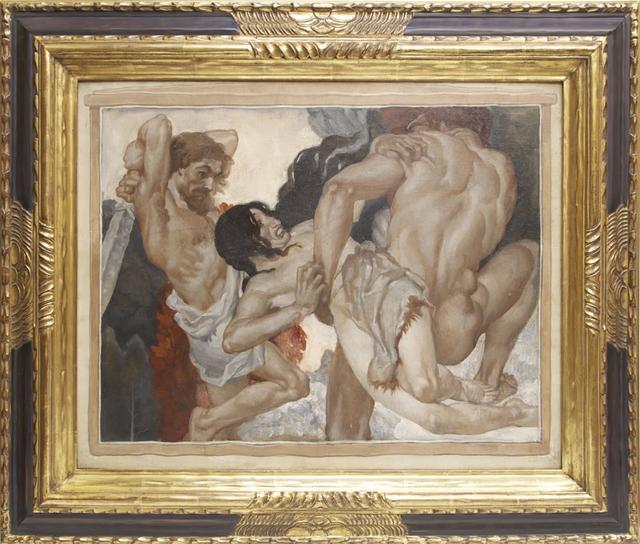 This oil painting was made by American painter Eugene Savage after the date of 1915 with the completion of his studies on Greek and Roman sculptures. This original piece is currently owned by the Taylor Graham gallery and is displayed on their website: www.taylorandgraham.com

The movement and drama in this piece pay a two dimensional homage toward Eugene's studies of Greek and Roman precedents. The movements of the figures is barbaric yet still depicts the human body with grace hinting at the anamorphism of the figures being gods. The horror and shock on Helens face serves as foreshadowing of the war that will be caused by the actions of Paris. Most paintings depict the abduction of Helen in a symbolic or non violent way making this piece stand out in its brutal depiction.