Artemis, The Temple of Artemis at Ephesus 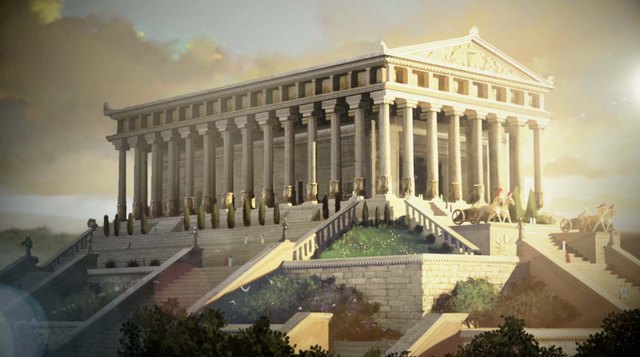 One of the Seven Wonders of the Ancient World, The Temple of Artemis at Ephesus was a site of worship for the Goddess Artemis. The first record of the temple was 7th century BC when it was destroyed by a flood. It was then rebuilt in 550 BC under the instruction of King Croesus, but destroyed again by a fire in 356 BC. Taking 120 years, the temple was rebuilt again and considered one of the Seven Wonders of the Ancient World. Four times the size of the Parthenon, on 425 feet by 239 feet platform and being 342 feet by 163 feet itself, it contained 127 60-feet columns (36 overlaid with gold). Sadly the temple was destroyed in 262 AD by the Goths, and now only fragments of the structure and columns are left and that became the same for the worship of Artemis.

DownloadDownload image “Artemis, The Temple of Artemis at Ephesus”